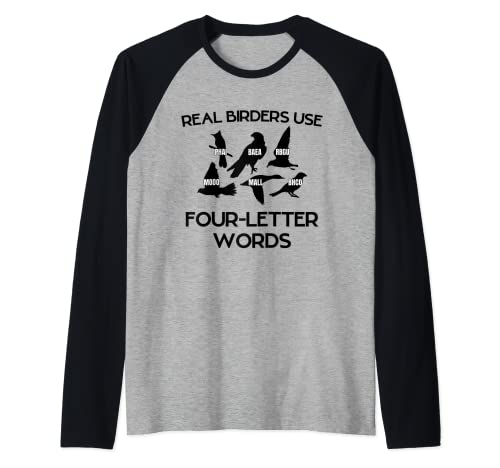 This funny Real Birders Use Four-Letter Words t-shirt is a fun gift idea for birders. Do you know the meaning of four-letter word in this context? Let me explain...

Bird banders (also called bird ringers, especially in the United Kingdom) use four-letter codes to identify the species they band (or ring).

Birders and others can use these extremely handy 4-letter codes as they record the birds they observe. The codes aren't difficult to decipher or use; there are general rules to ascertaining the code for a particular species, with exceptions across the bird world in cases where names would result in identical codes. It's not too hard, especially if you take the time to learn the basic rules and become accustomed to the codes for your most commonly seen birds.

This kind of shorthand can be handy to use, but some who don't use the codes may find the use of them in everyday conversation annoying, confusing, or even elitist. Yes, the use of codes in some birding circles is "controversial". Ugh.

"Real birders use four-letter words" is a funny slogan for birdwatchers, especially those accustomed to using the handy and easy to learn series of banding codes. This text slogan design includes silhouettes of some different birds, along with their four-letter banding codes, to make the message clear. For those who don't use codes, here's a translation: Phainopepla; Bald Eagle; Ring-billed Gull; Mourning Dove; Mallard; and Brown-headed Cowbird.

Shown here on a black and heather long sleeve unisex raglan tee, this design can be found on other apparel options; see some of the choices below. 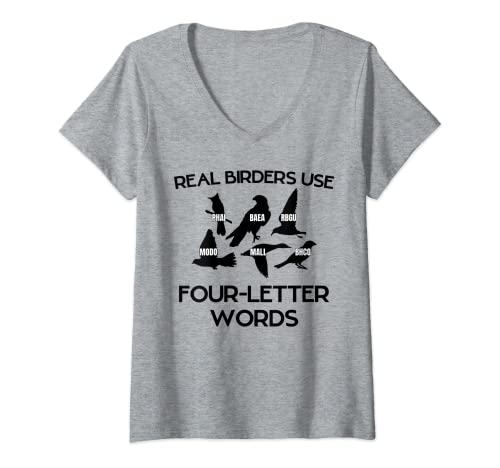 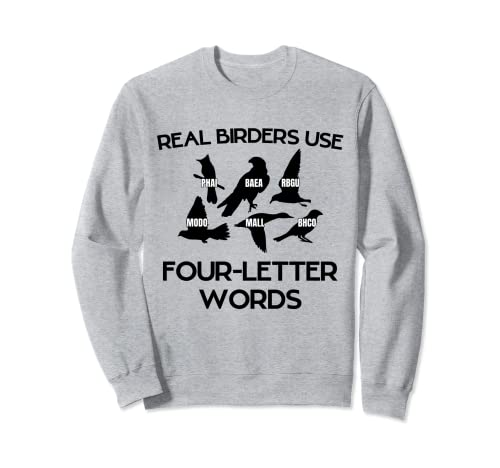 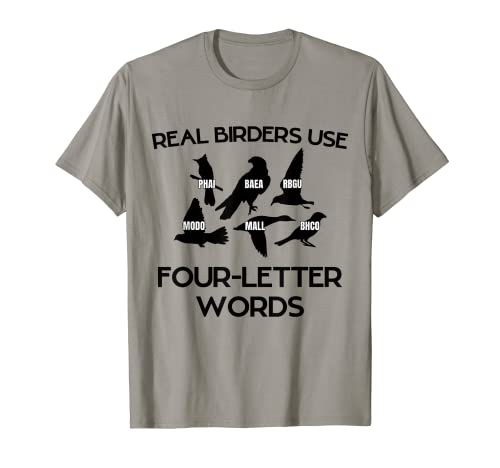 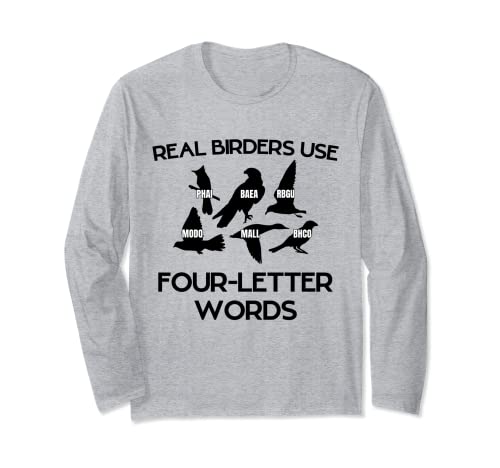 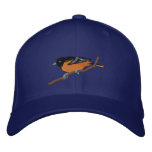 Pick up a baseball-style cap for your dad this Father's Day. The holiday is coming up on June 21, 2020 and with the current global pandemic, it will be one to remember. As the hobby of birdwatching has gained popularity during stay-at-home and safer-at-home orders, more dads than... 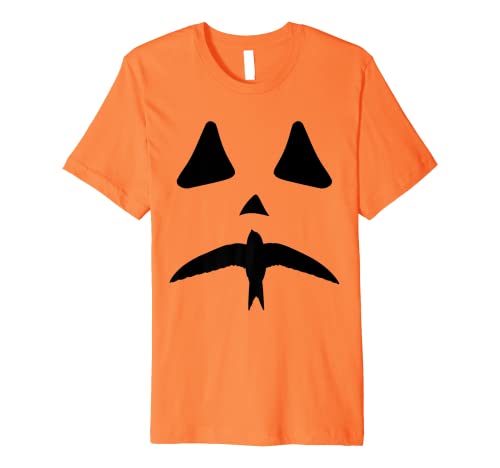 This design features the classic cut-out triangle eyes and nose of a carved Halloween pumpkin. The eyes and nose seem familiar, but there's something interesting going on with the pumpkin face's mouth -- it's a silhouette of a swift-type bird! This fun bird/jackolantern mashup design for Halloween is...