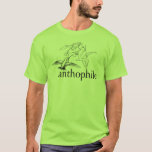 The definition of anthophile is a person or thing that is attracted to flowers. It might also refer to an organism that feeds on flowers or their parts. That sounds like some birds that I know -- hummingbirds! Hummies love flower nectar so it makes sense to call these little jewels anthophiles.

Posted in Periodic Table of Birding 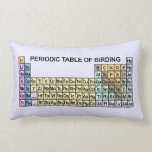 This elemental design features the entire periodic table rewritten with an ornithological touch. Each actual element is still represented by the traditional letter symbol, but the names of the "elements" all have to do with birds. 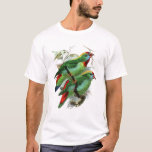 This is an old-school illustration on a vintage-style ringer shirt. The image of Asian parrots is from a painting by Dutch bird artist J. G. Keulmans. 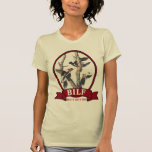